Christian Schaffner, researcher at QuSoft, the University of Amsterdam and Chair of the Quantum.Amsterdam management team, is a guest on the podcast De Technoloog (‘the technologist’) of BNR Tech radio to talk about quantum software and its applicable tools for industry and society (Quantum.Amsterdam’s expertise).

In the podcast quantum computing and quantum internet has been discussed several times. Therefore, now it’s time for another side and equally as important part of quantum technology: quantum software, or rather quantum algorithms. Christian, elaborates in this episode about the quantum versions of bits, assembler, processors, Moore’s Law and much more. Conclusion? We are now just as far in developing the quantum computer as we were at the stage of the development of the well-known computers in the 1960s.

Listen to the full episode here (in Dutch).

Christian Schaffner received a diploma degree in mathematics from ETH Zurich (Switzerland) in 2003 and a PhD degree in computer science from Aarhus University (Denmark) in 2007. After three years as postdoctoral scholar at Centrum Wiskunde & Informatica (CWI), he is currently an Associate Professor of Theoretical Computer Science at the Institute for Logic, Language and Computation (ILLC) at the University of Amsterdam. He is a VENI and VIDI laureate, has served on various program committees and is currently chairing the steering committee of the annual QCrypt conference.

His research interest is quantum cryptography in a broad sense: On the one hand, he develops new quantum protocols (e.g. for position-based cryptography or homomorphic encryption), on the other hand, he studies quantum-safe cryptography and develops quantum-information-theoretic tools. He is interested in outreach and educating people about the quantum nature of the world and the implications for cryptography. 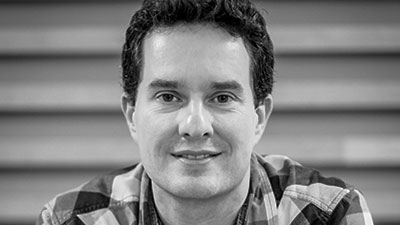