Many thanks to Seenivasan Hariharan for fruitful discussion on this chapter.

There are many fantastic claims about the capabilities of quantum computers: they may develop personalized medicine, make logistics more efficient, and perhaps even solve the climate problem. Despite the very positive picture presented by most new articles, many scientists are skeptical: for many of these problems, quantum computers are not quite faster, and never is simply ‘running a computation’ the core solution. In this bleak picture, we’re still lacking a true killer application, a certain computational problem with two important properties:

Several problems are known where the ‘faster’ requirement is fulfilled, but which turn out to be useless. An example is a certain quantum walk on two so-called glued trees. Despite many scientific efforts, no practical uses have been found for this ‘solution in need of an application’.

The other way around, we have several quantum algorithms that solve highly relevant problems, such as Grover’s famous search algorithm. However, the so-called ‘quadratic speedup’ that Grover offers is believed to be insufficient to stand a chance against a decently-sized classical computer – even when we look several decades into the future.

So, what other candidates are there that may turn out to be truly useful algorithms?

Truly groundbreaking innovations are sometimes predicted for the fields of optimization and machine learning. However, as we describe in a different chapter, there is very little hard evidence that these quantum algorithms can be competitive with well-designed classical software – we can safely say that the true killer application has not been found yet.

Some of the most promising candidates fall in the category of chemistry and material science, especially those where large numbers of electrons engage in a complex quantum mechanical state. In such situations, quantum mechanics is notoriously hard to simulate on a classical computer: accurately describing N particles requires a number of computational steps that scales exponentially in N. The quantum computer is not troubled by such inefficiencies, and scientists find increasingly detailed descriptions of how one could obtain faster tools to study complicated materials and molecules.

Again, there are good arguments to be skeptical: the field of computational chemistry has seen many years of developments and optimizations to work around the classical computer’s bottlenecks, which has raised a high bar before a quantum computer can contribute meaningful insights. A true near-term killer application is likely to be limited to a very specific niche, right in a sweet spot where classical methods remain limited. For precisely these uses cases, one may find the most concrete evidence that quantum computers can usefully outperform classical computers. To highlight a well-studied and highly relevant example, we dive into the world of artificial fertilizer.

The case of FeMoco

Simulation of FeMoco is slowly becoming the C. Elegans of quantum computing: a particularly well-studied example that might become a reference for other related chemistry problems.
Koen Groenland
Quantum Innovation Officer at QuSoft

Today’s agriculture relies heavily on the use of artificial fertilizer to grow our crops. Without large-scale use of supplementary nutrients, it would be problematic to feed our world’s huge population. In fact, about half of the nitrogen atoms in our body have previously passed a fertilizer factory!

Unfortunately, the production of fertilizer involves enormous energy consumptions and carbon emissions. The main culprit is the ingredient ammonia (NH3), of which we use as much as 230 Mton per year. Although our air consists mainly of molecular nitrogen (N2), plants cannot directly absorb this. Instead, they rely on bacteria (or, in the case of artificial fertilizer, humans) to perform so-called nitrogen fixation, breaking the strong triple bond of molecular nitrogen and converting this into ammonia. Microorganisms can convert this into further nitrogen-containing compounds that can be absorbed by the root system.

Pretty much all of the world’s ammonia production follows the so-called Haber-Bosch process, where hydrogen gas (H2) and nitrogen gas (N2) react together to form ammonia. The process can be implemented in large, high-yield production lines, but also comes with a major disadvantage: its staggering energy consumption. This is mainly due to two essential steps: producing sufficiently pure hydrogen and nitrogen gasses, and later separating the H2 and N2 molecules into individual atoms. The latter is especially challenging for N2 due to its strong triple bond. To achieve this, factories operate at extreme conditions, with high temperatures (~400 degrees Celsius) and high pressure, largely driven by natural gas. As much as 1.8% of the world’s CO2 emission is caused by factories performing such reactions, consuming around 3-5% of the world’s natural gas production!

Can’t this be done more efficiently? In this case, we strongly suspect so. Certain bacteria are also capable of making ammonia, but in a much more efficient way: without high temperatures or high pressure. It would be extremely valuable to copy this trick.

To imitate the bacteria, we need to better understand a particular substance, the FeMo cofactor (short: FeMoco), which acts as a catalytic active site during ammonia production. A perfect simulation of FeMoco is not possible on classical computers, as the structure of roughly 120 strongly reacting electrons rapidly becomes intractable. Researchers from ETH Zurich and Microsoft were the first to recognize that a quantum computer may aid in a more accurate study of FeMoco. A few years later, researchers at Google gave a more concrete prediction: with about 4 million qubits and 4 days of computing time, a single simulation could be accomplished.

If we manage, like bacteria, to do this nitrogen fixation at room temperature, this will save a significant percentage of the world’s energy consumption and greenhouse gas emissions. Tom O’Brien, assistant professor at Leiden University and researcher at Google, was quoted that he believes that the simulation of FeMoco is the killer application for quantum computing. And indeed, it rightfully ticks both boxes: there is a significant computational advantage and a meaningful impact on the world. Unfortunately, we need to wait at least until the 2030s before we have a suitably large quantum computer.

As a final note, we want to stress that quantum computers do not magically spit out recipes for fertilizers, nor for medicines, batteries, or catalysts. For real breakthroughs, we need a team of chemists, engineers, and other experts, who spend several years to run experiments, have discussions, employ computer simulations, make mistakes, go back to the drawing board a few times, and slowly converge to practical solutions. We should not forget that quantum computers merely provide a new set of tools. The best we can hope for is that smart people will use them in the right way!

Part 5: When can we expect a useful quantum computer? >> 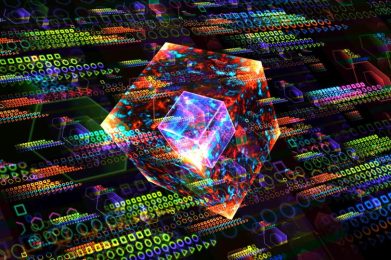 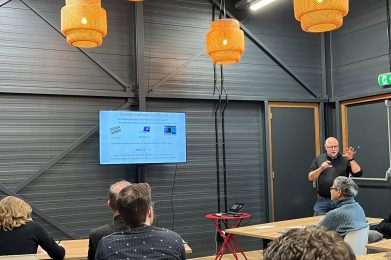 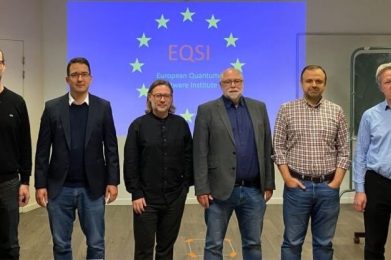